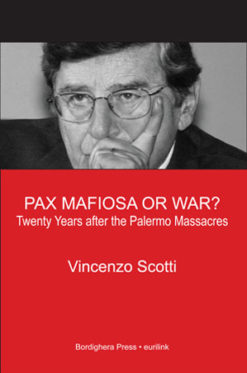 PAX MAFIOSA OR WAR? — Twenty years after the Palermo massacres

Years have passed since the Capaci and Via d’Amelio massacres, where the Sicilian judges Falcone and Borsellino were brutally assassinated by the Mafia. The presence of the Mafia continues to be strong, its influence on civil and political life increasingly more evident, and many areas of the southern Italy remain under the grip of Mafia clans. In the new world order, this form of organized crime has even succeeded in establishing links with other Mafia-type organizations, which have modified their means of operating to more closely resemble the Sicilian Mafia.